ABOUT GOIÁS AND GOIÂNIA

The State of Goiás

The state of Goiás, located geographically in the center of Brazil, is known for being in the heart of the country. Throughout its history, we have accumulated a multitude of traditions responsible for constituting its own identity, with cultural, natural and gastronomic riches.

The economy of Goiás is composed of several segments in which agriculture stands out – the state is the largest national producer of sorghum and is the country’s third-largest producer of soybeans, corn, beans, sugar cane and cotton. Livestock is also featured in the production of cattle, pigs, horses, milk and eggs. Also, the industry has acquired more space in the state due to the privileged location of Goiás state within the national territory and the exploration of some raw materials.

The service sector is still the largest generator of income and jobs in the state. In this segment, trade is very relevant in the economy of Goiás, both retail and wholesale. Wholesale trade has benefited from the strategic location of Goiás as a distribution center for the rest of the country.

Capital of the state of Goiás, Goiânia, is among the cities with the best quality of life index in the country. It is the Brazilian municipality with the largest green area per inhabitant (94 m²). A city with prominence to undertake an urban development model combined with the environmental responsibility policy.

According to the 2010 data from the Brazilian Institute of Geography and Statistics (IBGE), the Human Development Index (HDI) of Goiás is the 8th in the national ranking. Also, according to IBGE, Goiás has the 7th highest collection in Brazil.

Goiás is a state known for its natural and historical beauty. Ecological tourism includes cerrado (savanna) areas, the many waterfalls and caves existing in the state, as well as rock formations. The Cerrado biome is rich in biodiversity, which afforded the two protected parks in the state – the Parque Nacional das Emas and the Parque Nacional da Chapada dos Veadeiros.

The Parque Nacional da Chapada dos Veadeiros is a reserve of scenic mountains, a historical, cultural and tourism attraction center, as it has been a colonized state for a long time. It has several cities with Colonial Heritage, created from the discoveries of gold and silver. There are historical cities in the Goias state which are distinguished by Portuguese colonial architecture and vibrant Christian festivals.

Some of the main tourist cities:

It is a colonial city with many historical settings. It´s around 120 km from Goiânia and 150 km from Brasília, the federal capital. The municipality has a wide variety of inns. Pirenópolis also houses the Parque Estadual Serra dos Pirineus, which consists of several tracks with amazing scenery, and the Cidade de Pedra, which is an archaeological site.

Six cities in Goiás are known for their warm waters. Caldas Novas, for example, has the largest hydrothermal spring in the world. The city receives two million tourists annually, and to receive these tourists, the municipality has a multitude of hotels and water parks, with hot water pools. Among the main tourist points of the city is the Parque Estadual da Serra de Caldas Novas, in Morro do Capão and the Jardim Japonês.

The city of Rio Quente is close to Caldas Novas, a municipality bathed by the largest warm water river in the world, with 12 kilometers in length. Around 1.5 million tourists annually enjoy the artificial beaches of Rio Quente. Tourists have access to canoeing, zip lines, waterfalls and toys, such as tobogganing.

Cidade de Goiás is also recognized by UNESCO, this time as a World Heritage Site. In addition to being the former state capital, it has one of the most famous waterfalls, Cachoeira das Andorinhas. The city has hotels and inns to welcome tourists to visit the Vale do Serra Dourada and the Rio Vermelho. The home of the poet and confectioner, Cora Coralina, the icon of the city, which is on the banks of the Rio Vermelho.

The city of Alto Paraíso has more than 120 waterfalls catalogued. It´s very popular with tourists from all over the world. The municipality is part of the Vila de São Jorge, which is the gateway to the Parque Nacional da Chapada dos Veadeiros, and which has the title of Natural Heritage of Humanity by UNESCO. Alto Paraíso also offers a series of cozy inns and religious temples, as well as gastronomic diversity, including a vegetarian diet.

Known for its waterfalls, Caiapônia is an ecotourism and adventure destination. It has great demand from tourists looking for activities such as waterfalls, mountain biking, hiking on trails or even contemplating a privileged nature. Among the most famous waterfalls in the city, are the waterfalls of Samambaia and Abóbora, in addition to Morro do Gigante Adormecido, a wonderful natural monument.

The city of Aragarças is located to the right of the Araguaia River, with beautiful white-sand beaches. Local handicrafts are also well featured.

Colinas do Sul is another tourist city in the state, which attracts thousands of tourists with its natural beauty, which includes trails, waterfalls, viewpoints, valleys, mountains, rivers and lakes. The municipality is located between Lago da Serra da Mesa and Parque Nacional da Chapada dos Veadeiros. Tourists can enjoy hot baths in warmer waters at Morro Vermelho and Eden, and even go fishing.

Jataí is considered a university and business hub, and also has a great offer of hotels for tourists who know lakes, forests and hot water companies. Recently, the city opened a resort, which offers visitors a lot of entertainment. Regarding culture, the Memorial JK is available, which contains temporary and permanent exhibitions, mainly on the relationship between Juscelino Kubitscheck and Jataí.

Another hot spring town is Lagoa Santa. Located on the border of Goiás and Mato Grosso, the municipality offers visitors a crystal-clear lagoon, with an average temperature of 31 ᵒC, which is also rich in woods, rivers and springs. Tourists still have the privilege of enjoying natural sulphurous sources, indicated to relax and recharge.

The Parque Estadual de Terra Ronca is located 641 miles from Goiânia, in the Northeast region of Goiás, with an area of 57 thousand hectares. It´s considered one of the largest cave excavators in Latin America. The park has a lot of conservation area, hosting several caves with easy access that is open for visitors and tourist. Terra Ronca has waterfalls and rivers with crystal clear waters, with great potential for the development of ecotourism. The place also houses an immense diversity of fauna and flora.

It is a municipality in the Northeast of Goiás and holds some of the greatest natural treasures in the State. There are several waterfalls, lakes, canyons and a unique set of caves, inserted in the limestones of the Bambuí Group. The municipality is located in an Environmental Protection Area (EPA), in the source of Vermelho river.

Planned in the 1930s, Goiânia is recognized worldwide for its Art Deco architectural collection. The capital of Goiás mixes the cosmopolitan business climate with the unique hospitality of a host. With a unique combination of tree-lined streets, urban parks and a good number of hotels, restaurants and convention centres. It is one of the most important tourist destinations in Brazil, especially in congresses and events. Cultural and leisure life in the city are high points for residents and visitors. Goiânia is also famous for its sidewalk bars. 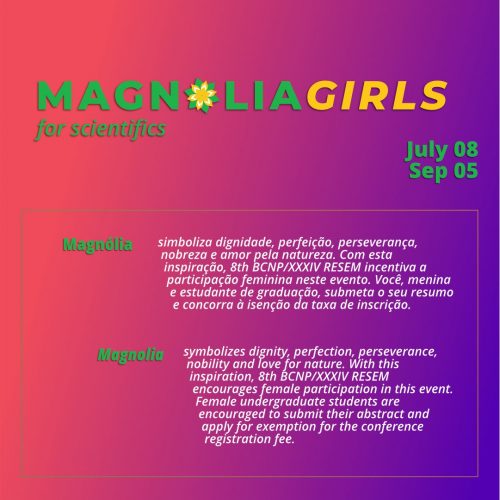